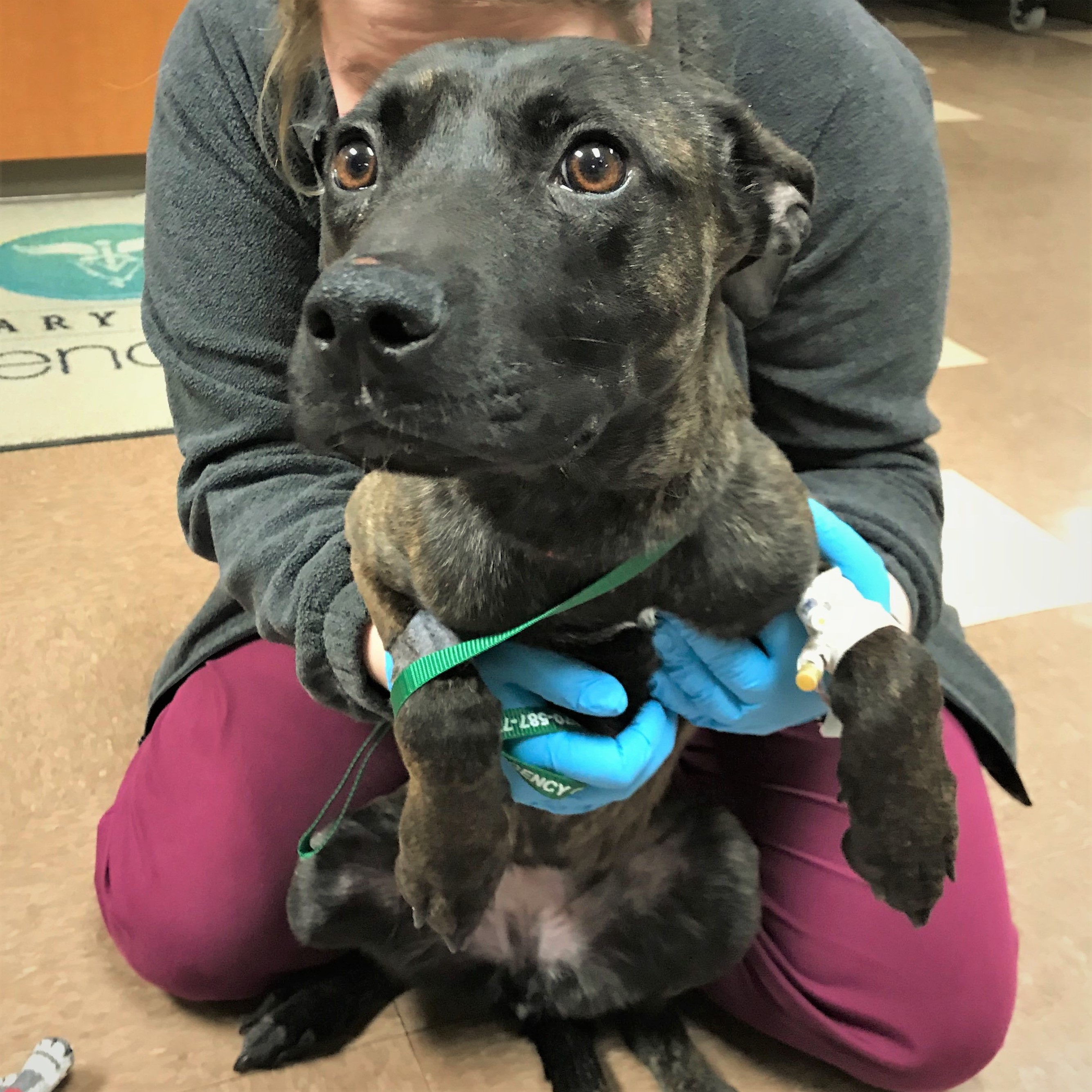 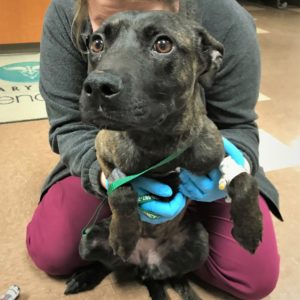 Ivy’s primary care veterinarian referred this sweet Pix mix to VREC after her owners noticed she had eaten a toy a few nights before. She had been vomiting on and off for several days after the ingestion – and her owners were concerned she had a foreign body situation.

Obstructive stomach or intestinal foreign bodies occur when a pet eats some kind of foreign (non-food) object that either cannot be passed or gets stuck in the gastrointestinal (GI) tract. These foreign bodies can be anything: rocks, string, bones, toys, socks, spare change! Clinical signs (symptoms) vary based on the GI tract location and duration of the obstruction. The most common clinical signs of a foreign body include: vomiting, diarrhea, pain when touching the abdomen, lethargy, and loss of appetite.

While Ivy was hospitalized under the care of the Internal Medicine department, she had a bowl movement…and lo and behold: a fuzzy and plastic “object” came out the other end! Whatever had been in her system was successfully passed, eliminating the need for surgery. You are one lucky pup, Ivy!