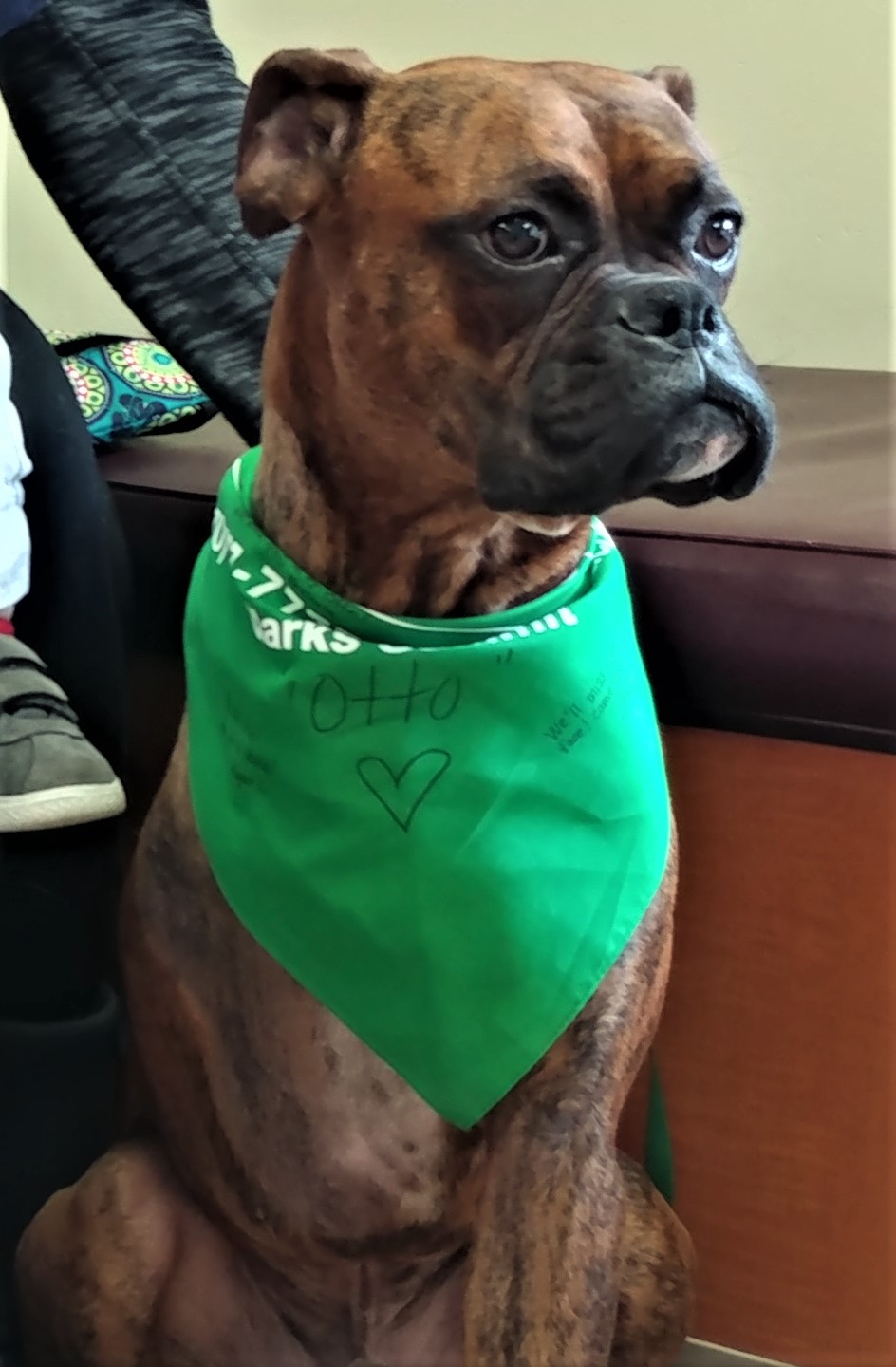 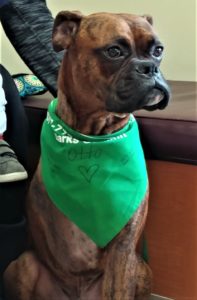 Otto first presented to VREC after trauma sustained from being kicked or stepped on by a cow in the pasture near his home. He was diagnosed with a humerus fracture and had surgery to correct the problem. His surgery was a success and was discharged to recover. Less than two weeks later, Otto was back – and was limping on the leg again. A set of radiographs were performed and revealed the leg that was surgically corrected sustained another, much larger, fracture.

Due to the severity of the fracture, the best way for Otto to maintain quality of life was an amputation of the limb. Otto, only being a year old, was otherwise healthy and full of energy – which gave him a great prognosis.

Once qualified for the Angel Fund, our surgery staff performed a successful amputation. Otto spent some time in our ICU to make sure he had no complications and to ensure his incisions were beginning to heal. He was discharged to recover at home with his family and returned for re-checks. His family said after just a few days of rest, Otto began re-learning how to walk with one less limb. Today, Otto is a happy and healthy pup – completely healed, getting around as well as he did before.