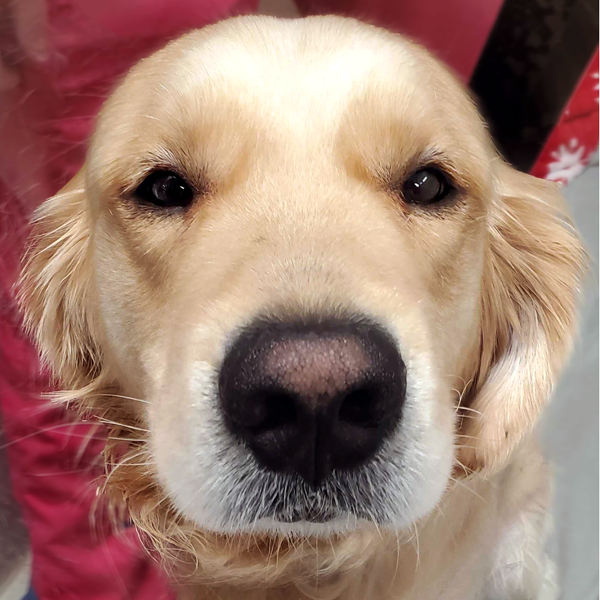 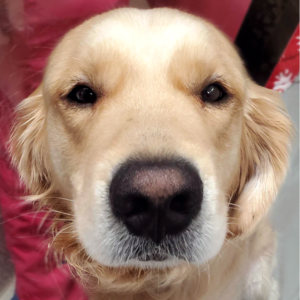 Golden retriever Bentley Blue’s primary care vet referred to VREC after several instances of vomiting which included foreign material. A curious pup with a history of ingesting non-food items, his owners grew worried about the frequency of vomiting.

After being admitted through our Emergency service, it became apparent Bentley needed the expertise of the Internal Medicine department. Our Internist performed an ultrasound procedure which confirmed a fabric-like foreign body in his GI tract. Fabric-like foreign bodies have a tendency to wrap around or get stuck in internal structures, so time was of the essence.

Bentley was internally transferred again – this time to our Surgery service. Bentley had a foreign body surgery to get all the material out of his system. He remained hospitalized to ensure he was stable before being discharged to his very worried family. Bentley was a champ throughout his entire hospital stay!