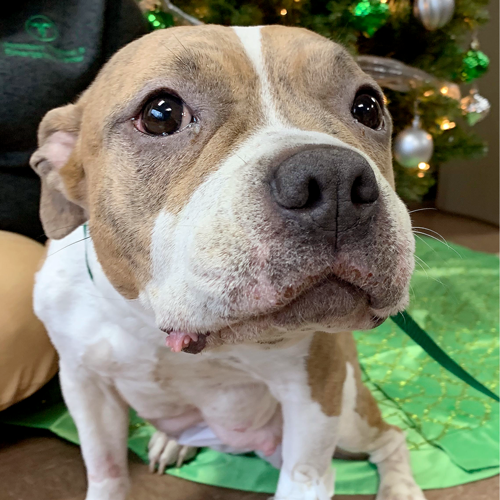 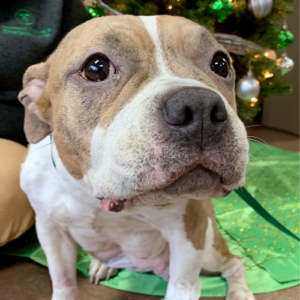 Brownie, a first-time mother, recently delivered six puppies. Her owners brought her in after she began straining and having abnormal urinations post-delivery.

Emergency radiographs revealed a fetus still in her uterus. Brownie was suffering from dystocia, or a difficult birthing. Typically this is caused by the dog’s pelvis not being large enough to pass puppies, or simply due to a large or awkwardly positioned fetus.

Brownie was quickly approved for the Angel Fund and was transferred to our surgery department. The team performed an emergency ovariohysterectomy (spay) that saved Brownie’s life. She recovered briefly in-hospital to stabilize before returning home to be with her pups – and a very relieved family!