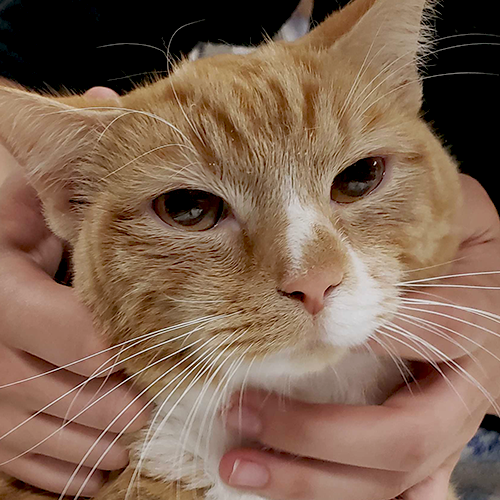 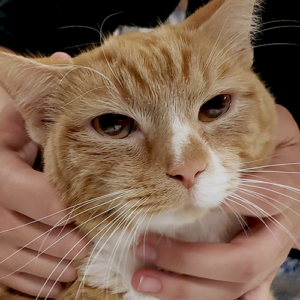 Buttercup was first seen by his primary care veterinarian for little appetite and vomiting. After his abdomen radiographs came back with concerning results, he was referred to VREC. Because Buttercup had been vomiting, he was dehydrated. Our emergency staff ensured he was hydrated and stable before transferring him to the surgery department.

Our surgery team reviewed the radiographs and determined Buttercup had a gastroenteric linear foreign body. These types of foreign bodies are most commonly seen in cats and often include items such as string, yarn, or tinsel. Once qualified for the Angel Fund, Buttercup had surgery to remove the ribbon he had ingested. After a brief stay in the hospital, this curious boy was sent home to a very thankful family.