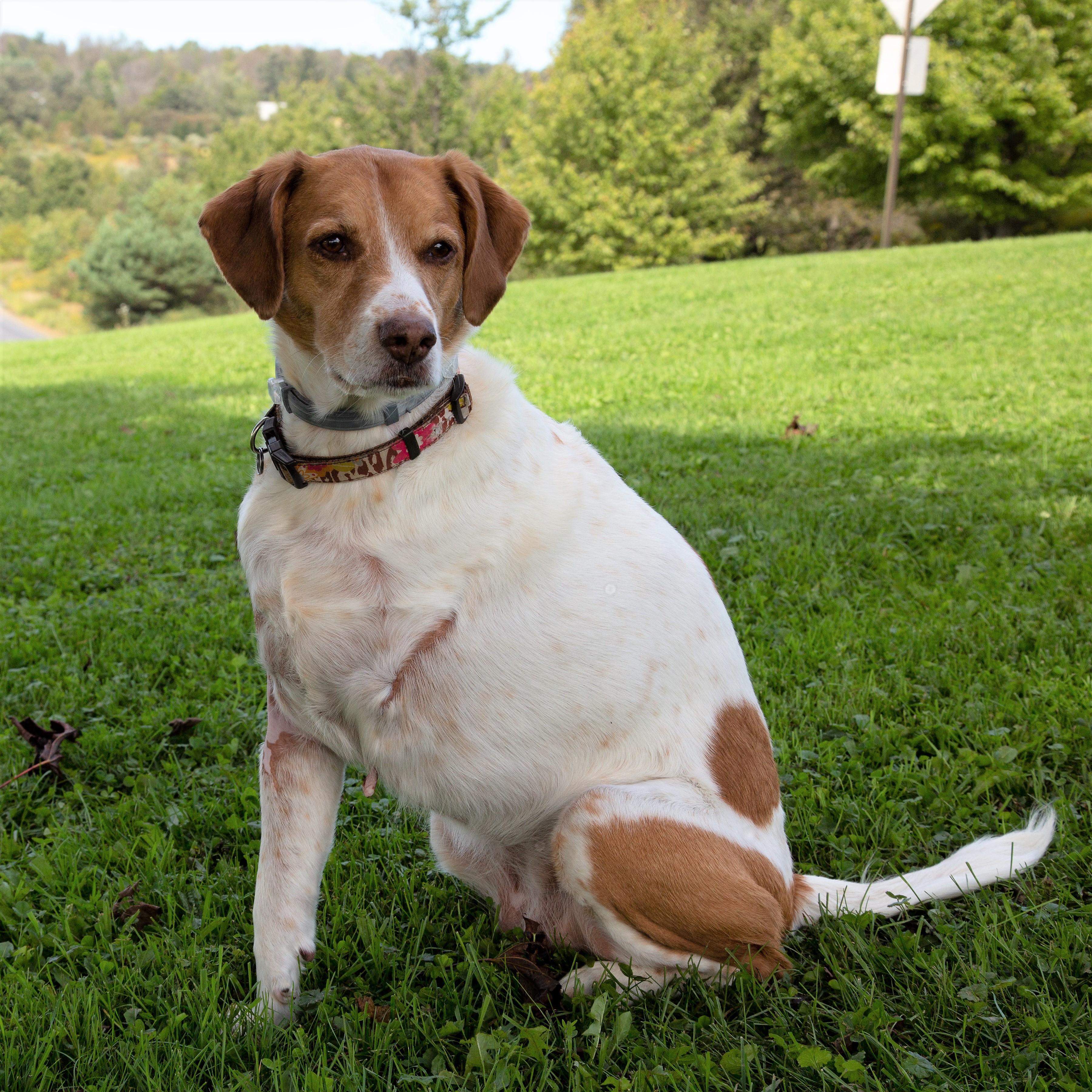 You are here: Home / Angel Fund Success Stories / Butterscotch B. 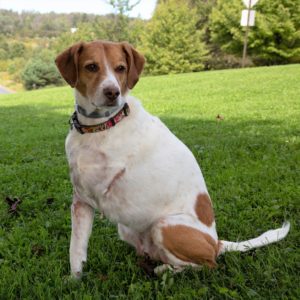 Butterscotch was seen at VREC after suffering severe blunt trauma after being hit by a car. Her owners found her outside their business and rushed her to their primary care veterinarian to stabilize her condition. Due to the severity of her injuries, it was recommended she be seen at VREC as soon as possible.

Butterscotch’s exam at VREC concluded she had severe injury to her left and right front legs along with bruising, abrasions, and road rash. After radiographs were taken, Butterscotch was transferred to our surgery department. The damage to her left front leg was so severe that the best plan of action was to amputate and work on repairing the other leg to maintain the best quality of life possible. Post-operatively, the repaired limb was placed in a vacuum bandage to promote a quick and effective healing process.

While the recovery process was slow, it was steady. Today, Butterscotch is back to her healthy, happy self! Her owners are so thankful that the Angel Fund was able to help get Butterscotch back on her feet. They report she is as happy and active as ever and loves to run circles around them.