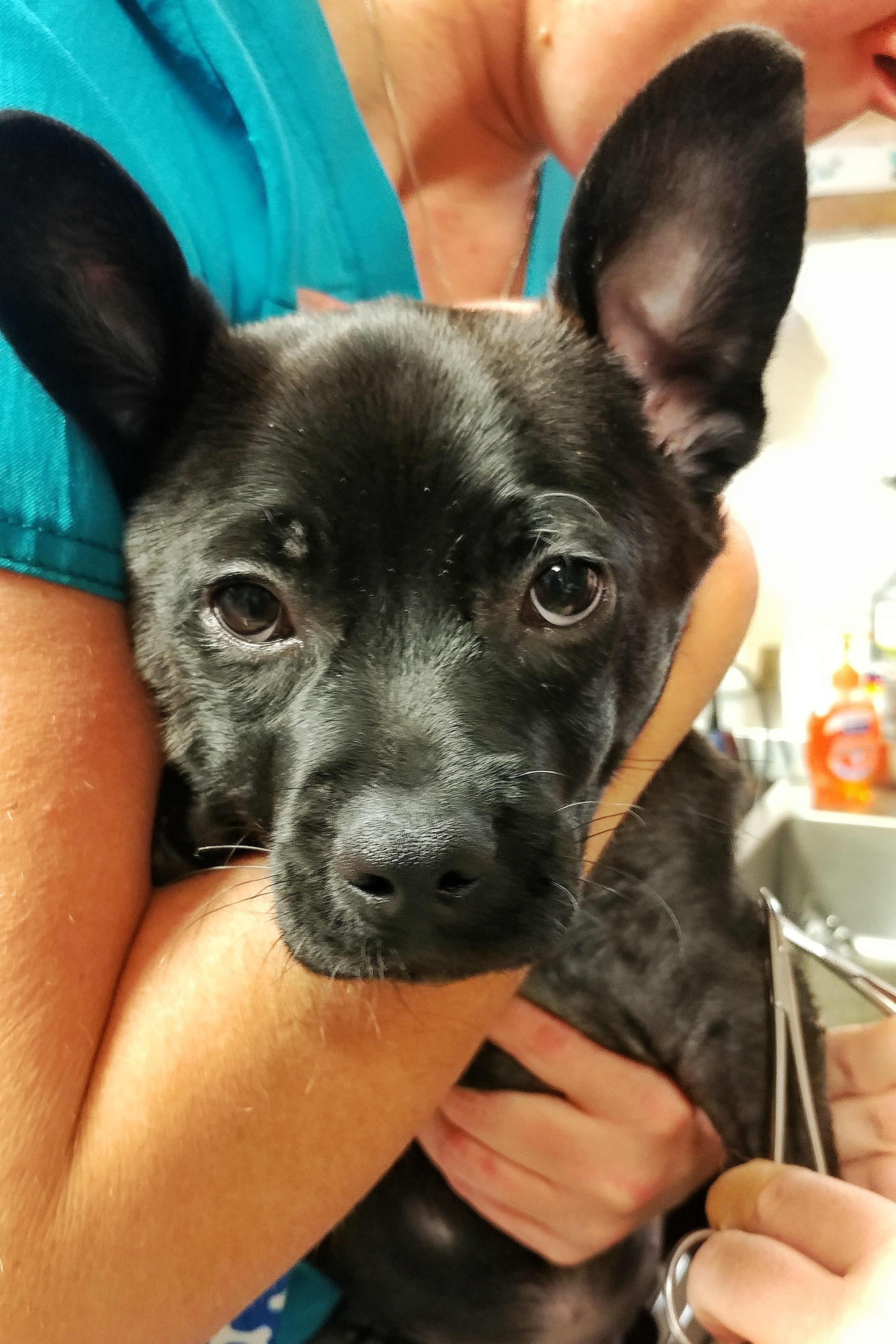 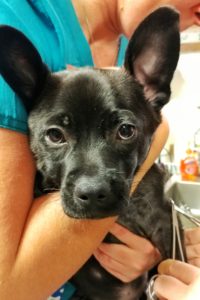 Chance was seen at VREC after a tumble in his human dad’s arms. While Chance’s owner was fine, the impact of the fall left little puppy Chance with a fractured humeral condyle. Together with the radius and ulna, the humeral condyle makes up the elbow joint. Fractures of the humeral condyle are amongst the most common type of broken bone seen in dogs.

Being less than six months old, Chance’s body was still growing. To help maintain a high quality of life as he grew, it was recommended he have surgery. After qualifying for the Angel Fund, our surgery staff performed an internal fixation where a screw and pin were implanted to ensure the bones healed correctly and stayed in place.

Post operatively, Chance received a splint bandage for support and his family was advised to enforce strict crate rest. He stopped by for re-checks and received periodical radiographs which showed he was healing appropriately. Once entirely healed, Chance was back to his happy and wiggly self!