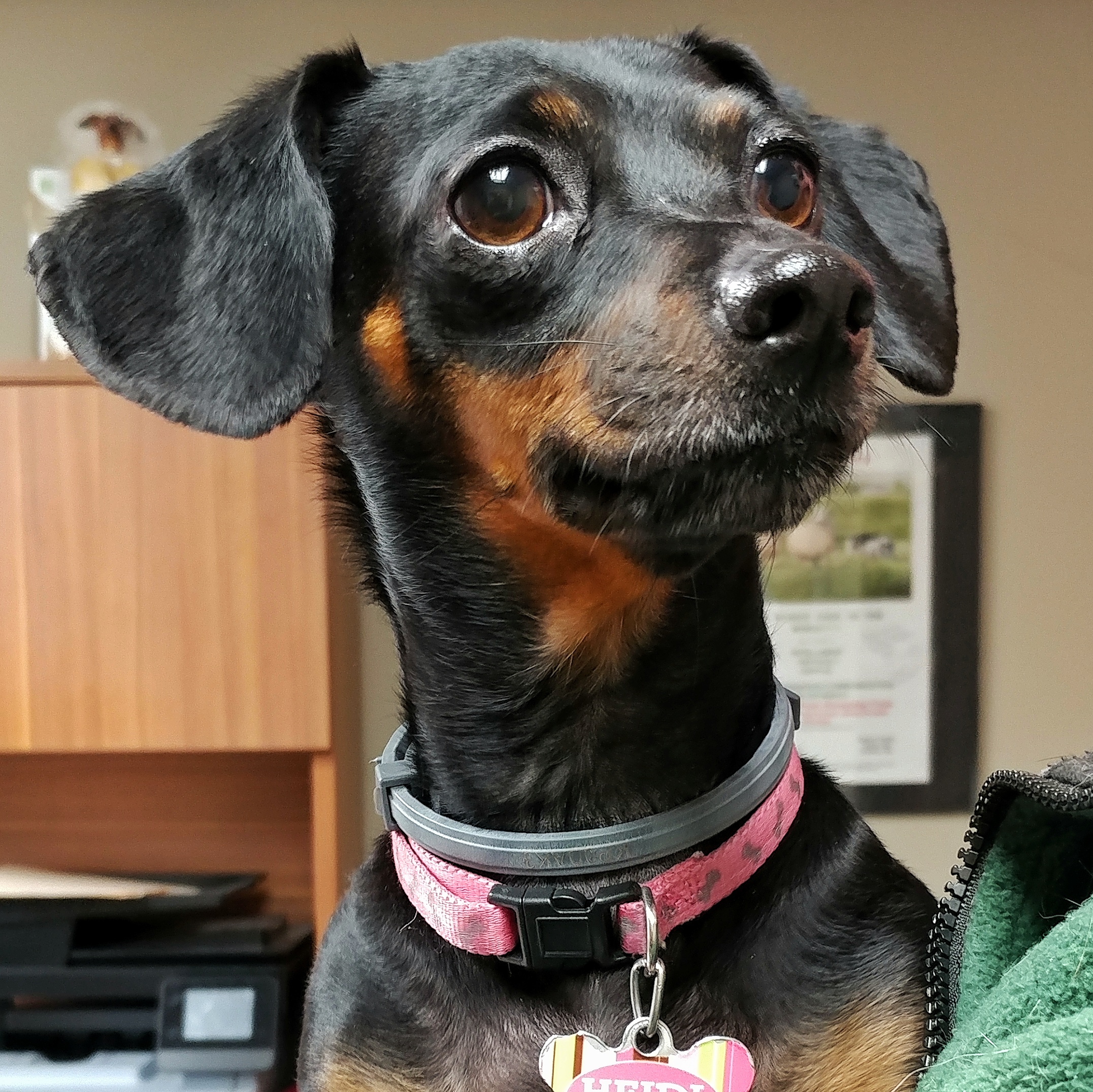 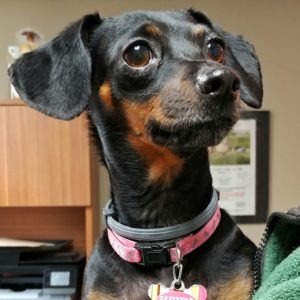 Heidi first presented to VREC back in December of 2018 for the inability to use her hind end. Her owners reported she had jumped down a step and had only taken a few steps after doing so. She was also reported to be severely ataxic (severely having difficulty with balance and/or coordination). Ataxia can be due to brain, nerve, or muscle damage, so she was admitted to VREC for further testing. An MRI was performed and revealed she had a L1-L2 disc injury which required a hemilaminectomy surgery – a procedure used to correct slipped and herniated discs in the thoracombular (upper to mid region) spine. Her surgery was a success and she was sent home shortly after. Upon discharge, she was awarded a VREC Certificate of Bravery for being such an excellent patient.

Less than five months later, Heidi returned to VREC with similar symptoms. At just four years old, Heidi had a good prognosis with an additional surgery – and her family was qualified for the Angel Fund, allowing her to get the additional care she needed.

Heidi had a second MRI, which revealed she needed another hemilaminectomy surgery, this time on her lower spine. The surgery was a success, providing necessary decompression on her spinal cord. Heidi was hospitalized to ensure she began healing properly and was sent home to finish her recovery. She recently visited for a surgical re-evaluation and is doing exceptionally well!