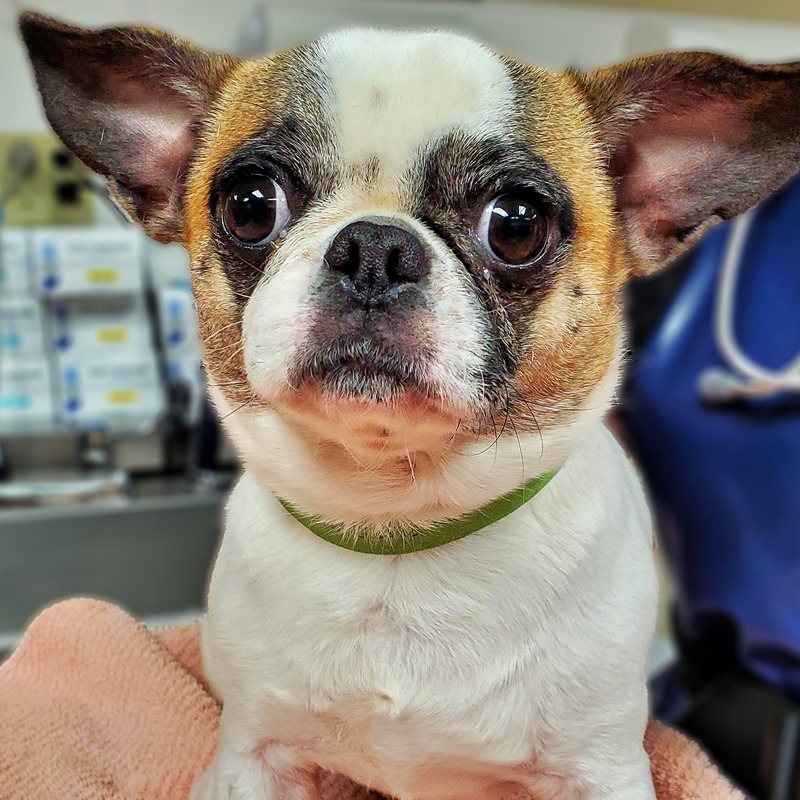 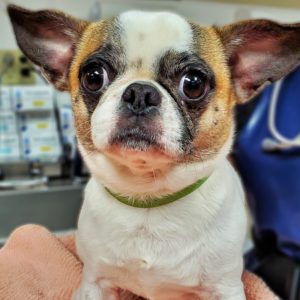 Lincoln presented to VREC for trouble breathing. In addition, his owners reported that he vomited and were worried he may have ingested a foreign body. Our Emergency team performed chest radiographs (x-rays) to ensure his airways were clear before performing more tests. The radiographs revealed alveolar infiltrates in his lungs, which meant substances denser than air (such as pus, blood, or protein) were present. Infiltrates are often associated with aspiration pneumonia.

Aspiration pneumonia in dogs occurs when gastrointestinal contents (such as vomit) get inhaled into a dog’s lungs. The inhaled contents result in inflammation and can cause infections which cause breathing difficulties. Aspiration pneumonia is a life-threatening concern that requires special treatment such as the use of oxygen therapy, nebulization, tracheal washes, and medication.

When Lincoln qualified for the Angel Fund, he was transferred to the Critical Care department where our doctors and technicians monitored his condition around-the-clock. He received medication to battle the infection and spent time in our oxygen therapy cage with nebulizer treatments. After a few days he was strong enough to transition out of the oxygen cage and into the care of his very thankful family. Although he is on the road to recovery, pneumonia requires close monitoring and medication until the condition is fully resolved.