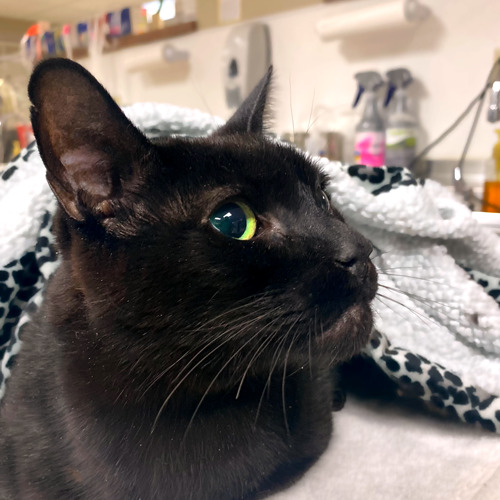 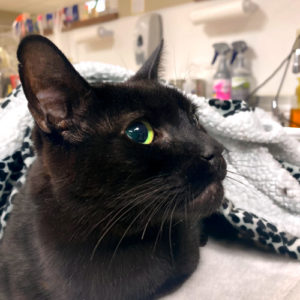 11.5 year old Nero was seen by his primary care vet and VREC for a neck cyst. Although drained several times, the cyst would return with more volume than last. Before presenting to VREC, Nero began experiencing breathing concerns and vomiting. Worried the cyst was pressing on his airways, his family brought him in for another exam. VREC’s Internal Medicine department performed an ultrasound on the cyst. Ultrasound findings revealed the thyroid was the cyst’s origin.

After qualifying for the Angel Fund, Nero’s care transferred to the surgery department. Once anesthetized, the surgeon performed a ventral (on the underside) cervical (neck) exploratory surgery. Utilizing ultrasound technology, the cyst was completely drained. In addition, additional fluid was removed via a dorsal (upper side or back) aspirate (matter being drawn from the body by suction) procedure.

Nero was an excellent, affectionate patient who recovered well. After a short time, he was stable enough to be discharged.