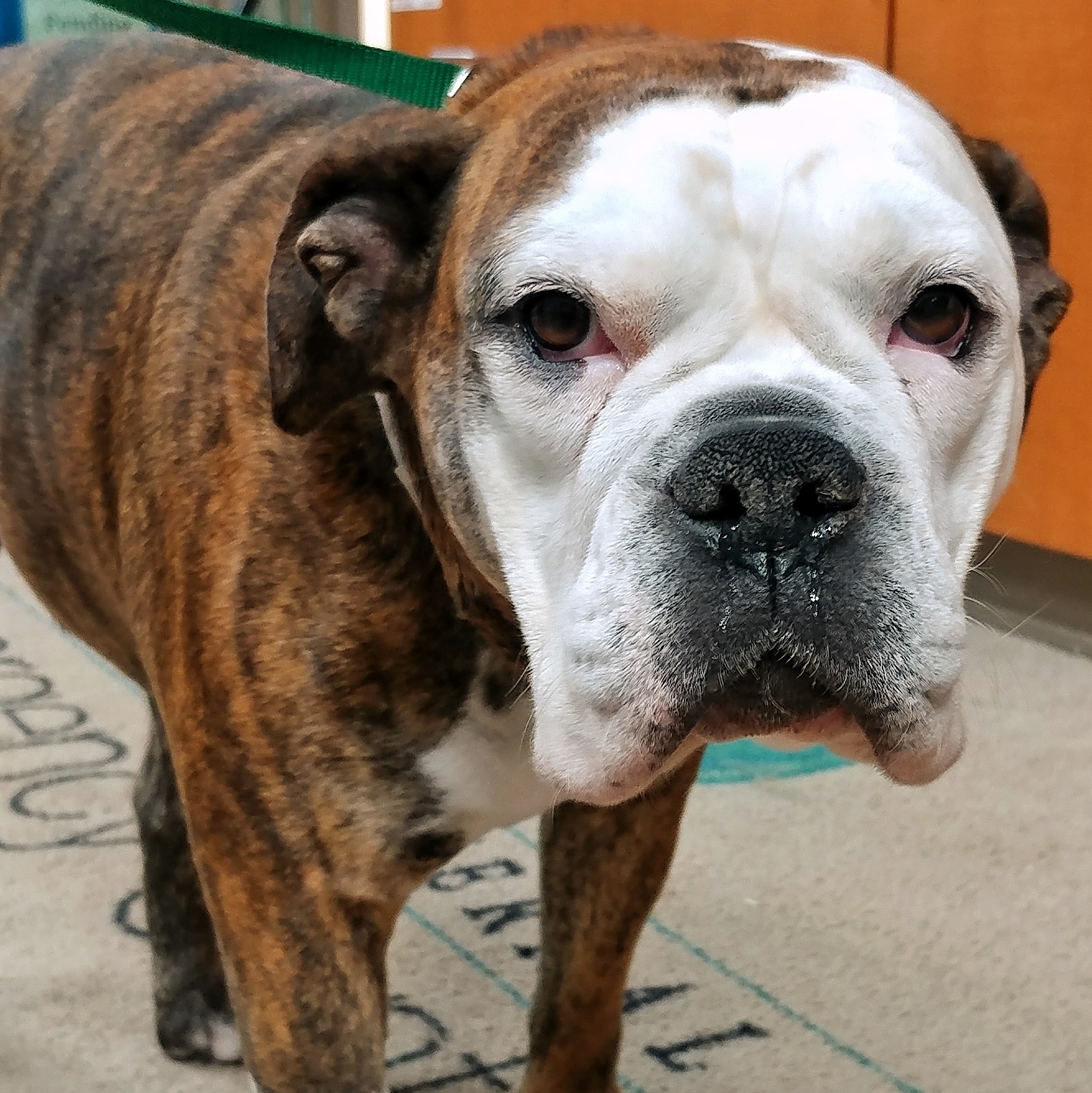 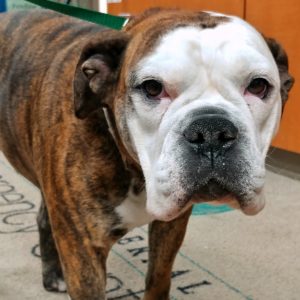 Bulldog Nola presented to VREC after her owners became concerned with her lack of appetite and belly bloat/swelling. In addition, her owners noticed she had been exhibiting an unusual low level of energy and was shivering. It was noted Nola was not spayed and her last heat cycle was four to eight weeks ago.

Diagnostics revealed fluid in her abdomen and an enlarged uterus which was pushing on her intestines. It was determined Nola had pyometra, a bacterial infection that is caused from changes in a female dog’s (or cat’s) reproductive tract. Pyometra can occur in any intact dog, however, it is most common in middle-aged to older dogs. The infection typically occurs four to eight weeks after the last heat cycle. Spaying is the only way to prevent pyometra.

Once qualified for the Angel Fund, Nola was prepped and had surgery to correct problems related to the pyometra as well as an ovariohysterectomy (spay). She was hospitalized overnight to ensure she had no post-operative complications and was sent home the next day to fully recover with her family.