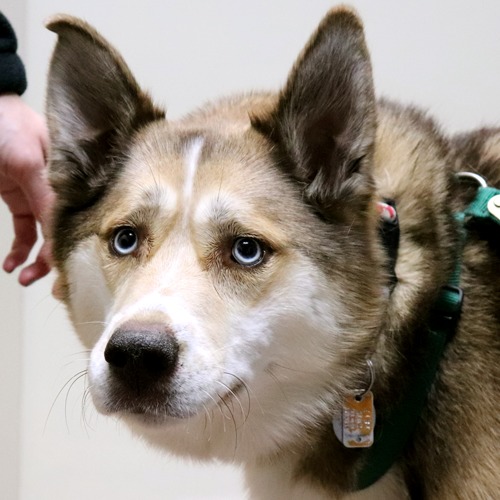 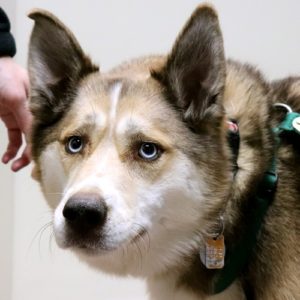 Over the course of a few days, Husky Pete presented to VREC multiple times for vomiting and anorexia. Radiographs obtained were suspicious but not conclusive for a foreign body. Additional radiographs were taken in an attempt to narrow down the diagnosis, and revealed Pete was suffering from both severe pancreatitis and secondary obstruction of the bile duct. His conditions required surgery immediately.

Pancreatitis is inflammation of the pancreas. When the pancreas, the organ responsible for digestion enzymes, is working normally, enzymes are active only when they reach the small intestine. Dogs suffering from pancreatitis, however, activate the enzymes when they’re released. This can cause inflammation and damage to the pancreas and surrounding tissue.

The bile duct produces bile, a fluid secreted by the liver which aids in the digestion and removal of waste materials from the body. Bile is passed into the gallbladder and is used when food is digested. It is also released into the small intestine to aid in the digestion of food and to emulsify the food so that it can be used appropriately by the body. An obstruction prevents the duct from flowing normally.

Once approved for the Angel Fund, Pete had an exploratory laparotomy (evaluate the severity of an abdominal concern) and gastronomy (evaluate the stomach and to collect tissue samples) surgeries, which confirmed the pancreatitis and obstruction. The areas were lavaged (washed with a medical solution) and tissue was obtained for further analysis.

Pete recovered at VREC for several days to ensure he was healing properly. When he began to feel better he was discharged to a very happy family.