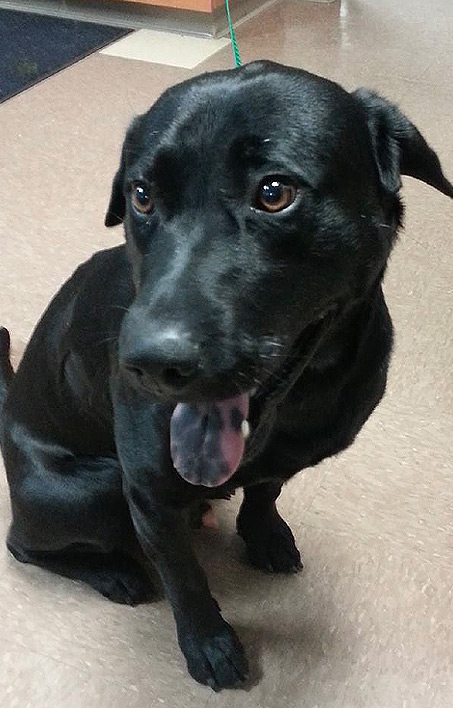 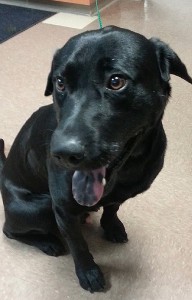 This is Tyson. He is a young black lab who was rescued by his owner several years ago from the side of the road in North Carolina. He has had occasional episodes of vomiting since his owner rescued him but the vomiting had recently worsened and Tyson was losing a lot of weight.

Tyson was diagnosed with a diaphragmatic hernia which is a condition where a hole in the diaphragm (tissue separating the chest and abdomen) allows abdominal organs to move into the chest. We are suspicious that Tyson may have been hit by a car before he was rescued resulting in the hole in his diaphragm.

Tyson and his family qualified for the Angel Fund, giving him a chance at survival as without surgery, Tyson would have very likely continued to decline and would have died. In surgery, we could see that the majority of his intestines had moved through the hole in his diaphragm into his chest. Thankfully, all of the intestines appeared healthy once they were replaced back into the abdomen and the hole in the diaphragm was sutured closed.

Tyson did great during his recovery and this is a picture of him at his two-week recheck appointment. We expect Tyson to go on to live a great long life now. The Emergency, Critical Care, and Surgery Departments at VREC all worked together to get Tyson back home to his family and we are thrilled he has done so well!