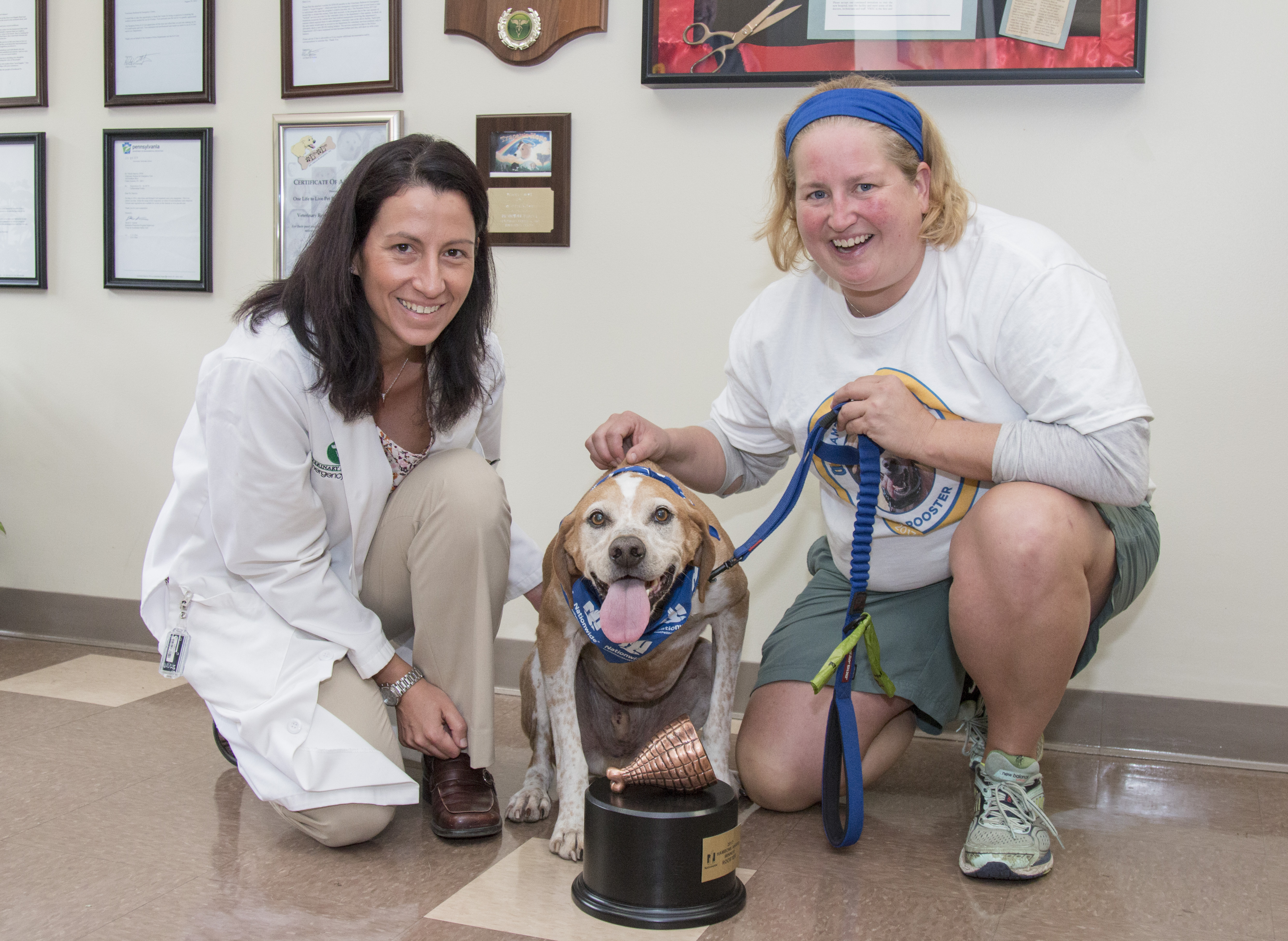 October 12, 2017 – Rooster, a hound mix from Scranton, Pennsylvania, is the 2017 winner of Nationwide’s annual “Hambone Award”, honoring the most unusual pet insurance claim of the year. Rooster was nominated for the award after being impaled by a large tree branch during a hiking trip. He was treated VREC where a particularly tricky surgery was required to remove the tree branch.

The Hambone Award is presented by Nationwide Pet Insurance, the nation’s first and largest provider of pet health insurance. After picking just 12 nominees, Nationwide opened a public vote to decide the winner, where Rooster proved victorious. He was awarded the prestigious Hambone trophy along with goodies and treats! For being the facility that helped Rooster survive the unusual injury, VREC received a $10,000 Nationwide-funded award to be used with our Angel Fund, a donations-based fund at the hospital to help treat pets in their community whose owners could otherwise not afford veterinary care. One hundred percent of all donations to the Fund are used to treat pets, with no contributions used for administration, fundraising or overhead.