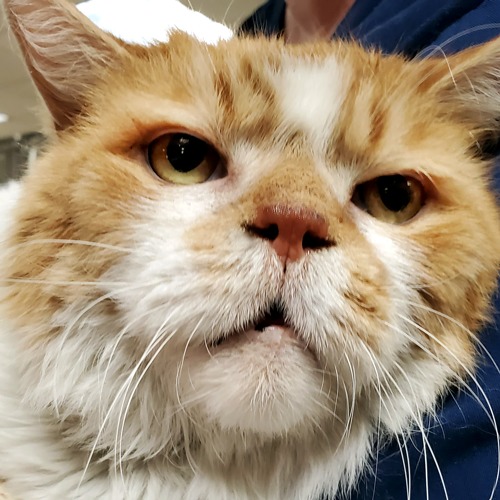 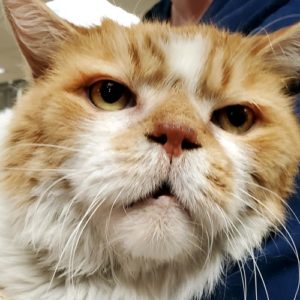 20+ pound Winston presented after being trapped in a house fire. His problem list included smoke inhalation and heart & breathing concerns. He was quickly approved for the Angel Fund by our emergency clinicians and placed into our oxygen cage to help him breathe easier while a treatment plan was formulated. Once stable, Winston had radiographs taken to find out more about his respiratory concerns.

Winston spent a few days at VREC and received oxygen, fluids, inhaler treatments, and medication. He also had several baths to remove dirt and grime from the fire. Winston was slowly weaned off oxygen and closely evaluated. Once it was determined he was to breathe well on his own, he was discharged to his family to fully recover.