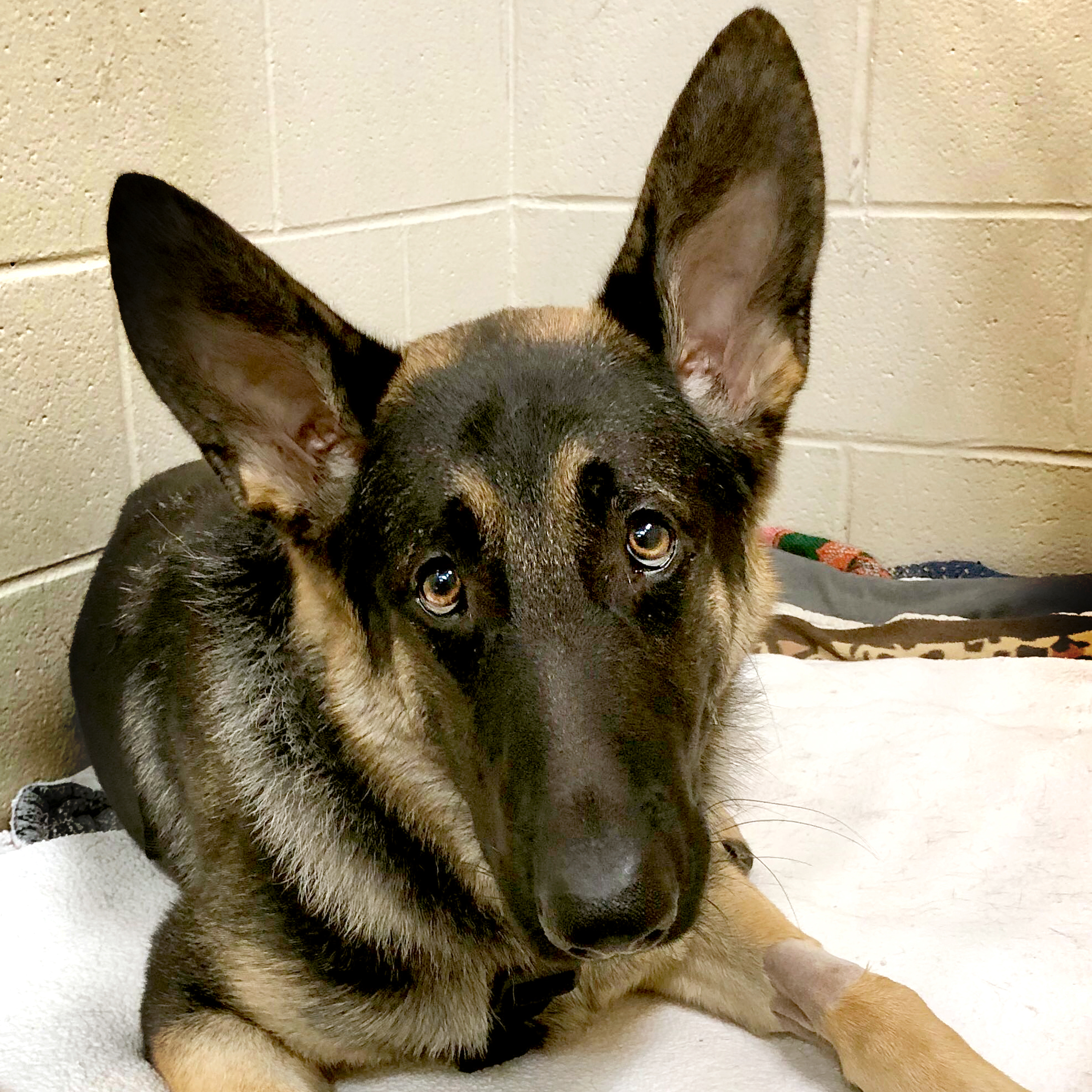 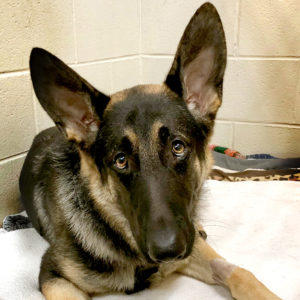 Wolfgang, a stunning 10-month old German Shepherd, was seen at VREC for a surgery consultation to investigate an unusual gait in his back legs. His owners noticed the abnormality several months ago and brought him in when they saw it getting worse. Our surgical team took radiographs to investigate his pelvic limbs further and found femoral displacement that would require surgery to correct. The combination of Wolfgang’s young age and excellent prognosis qualified him and his family for the Angel Fund, hopefully ensuring there would be no further problems as he grew.

Wolfgang had bilateral FHO (femoral head osteotomy) surgery. FHO surgery is the surgical removal of the head and neck of the femur bone – essentially removing the “ball” of the “ball and socket” joint of the hip to reduce pain associated from . When the head and neck are removed, scar tissue forms and supports the area like a false joint.

The surgery was a success and Wolfgang stayed in-hospital for a few days to ensure he was healing properly before being discharged to his family. He was an excellent patient and has since begun rehabilitation to strengthen his hind end!