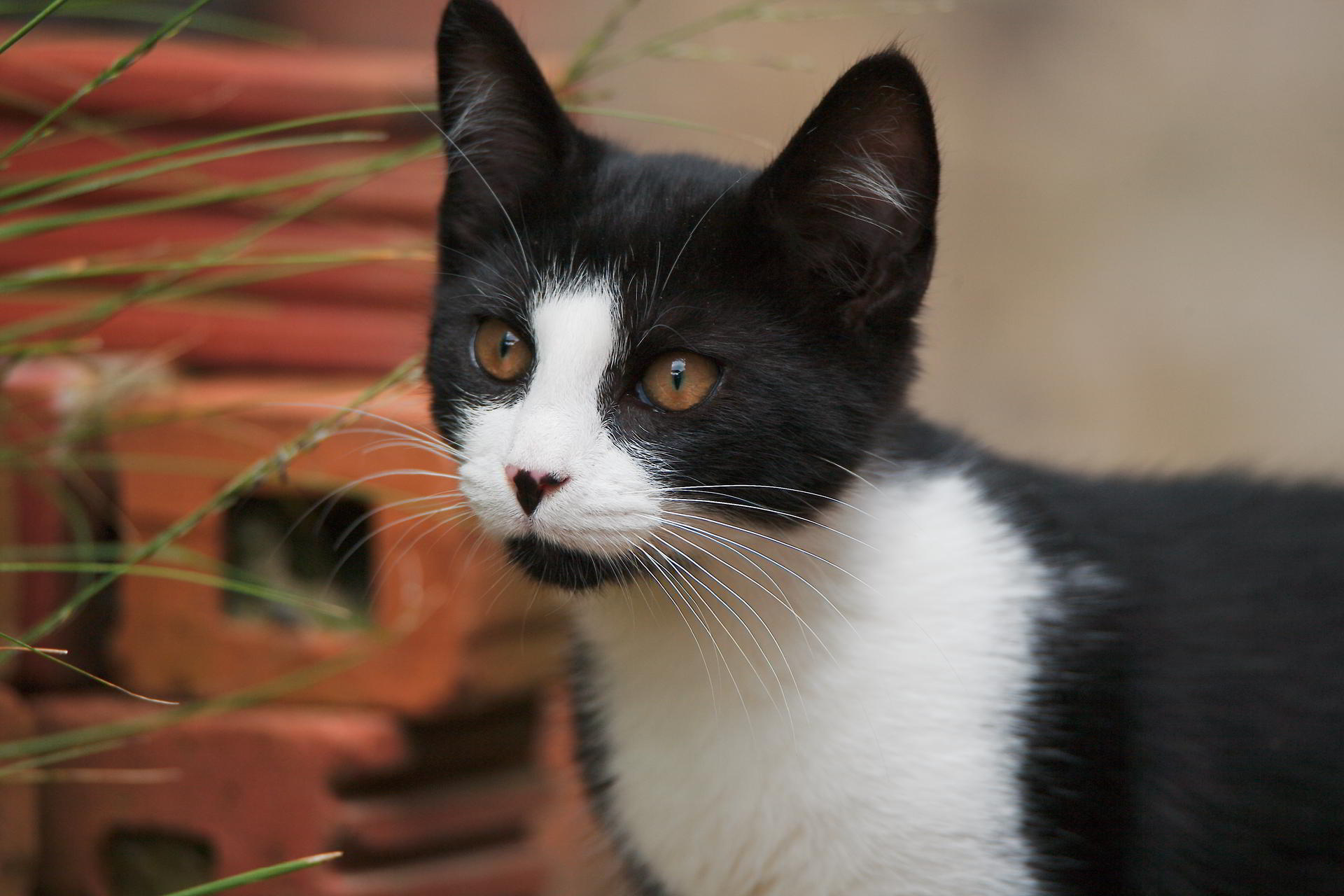 Did your pet consume something they shouldn’t have? Are you worried your pet has eaten something dangerous? Early treatment is key for a favorable prognosis. Pet owners are encouraged to call the ASPCA Animal Poison Control Center hotline at 888-426-4435 or the Pet Poison Hotline at 855-764-7661 (fees apply for these hotlines). Ask for your case number so it can be accessed at the hospital, if needed.

Over the past 11 years we have received many calls and questions about toxicities and accidental ingestions, but a few stand out:

Lilies in the true lily and daylily families are serious dangers to cats. The toxin, while still not fully understood, targets a cat’s kidneys and causes irreversible acute renal (kidney) failure. Toxins from lilies are rapidly absorbed after ingestion. Clinical signs can start in as little as five minutes and may include vomiting, anorexia, depression, and hypersalivation (excessive saliva production.) Renal failure starts within 12 to 24 hours post-ingestion. Later signs include polyuria (increased urination), depression, and anorexia. If a cat is not treated quickly, the prognosis is grave.

The most alarming part of lily toxicity is that all parts of a lily are toxic to a cat: leaves, petals, pollen, stems, even water in the vase has potential to cause harm. Common lilies toxic to cats include tiger lilies, stargazer lilies, day lilies, all Asiatic lilies, and Japanese show lilies. Easter lilies are also quite dangerous: many accidental ingestions happen around the Easter holiday.

While there is no “cure” for lily toxicity, treatments are available that greatly improve the prognosis if administered promptly. This may involve decontamination, such as inducing vomiting, gastric lavage, and administering activated charcoal with sorbitol. Additionally, cats are started on aggressive fluid therapy (2-3x maintenance) for 48-72 hours. Gastroprotectants are also helpful (antiemetics, antacid, phosphate binders.) Some cats that recover from acute toxicity may be prone to developing chronic kidney disease later in life.

If you are uncertain if a lily is toxic, keep it out of your cat’s reach until you can contact your veterinarian or contact a pet poison hotline for more details. 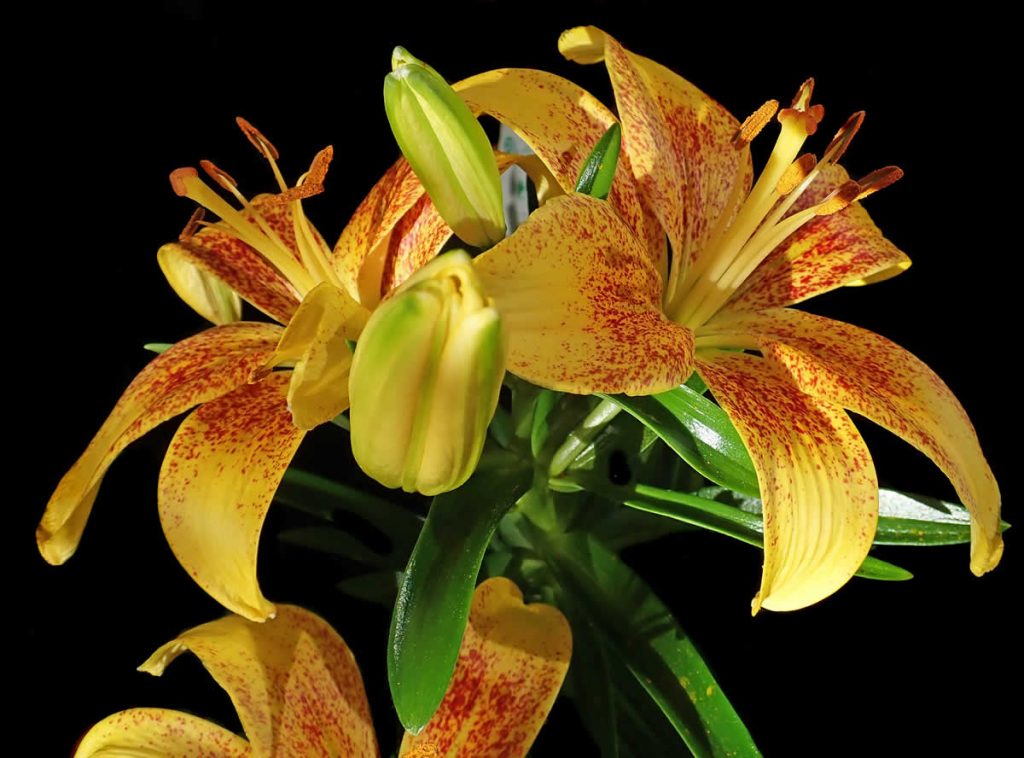 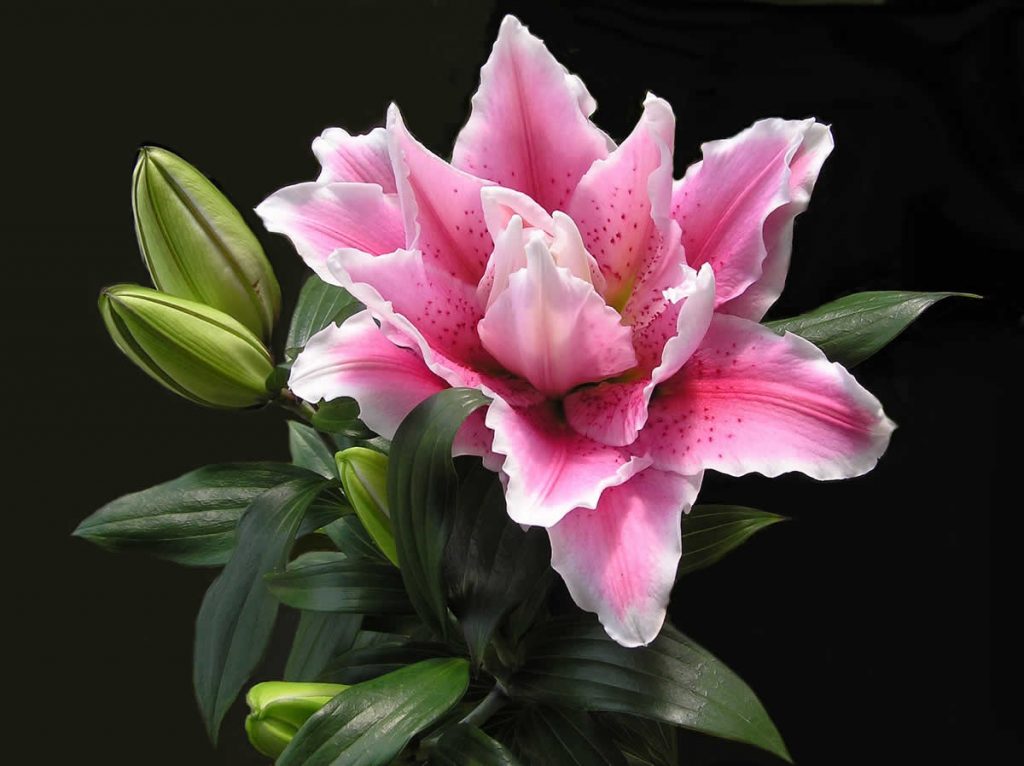 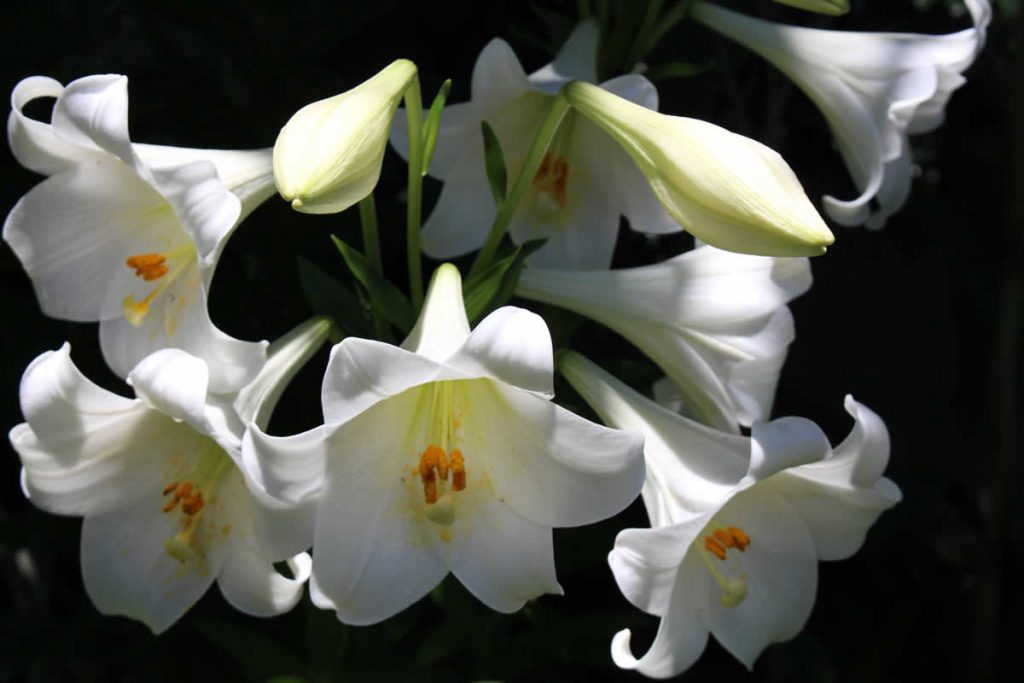 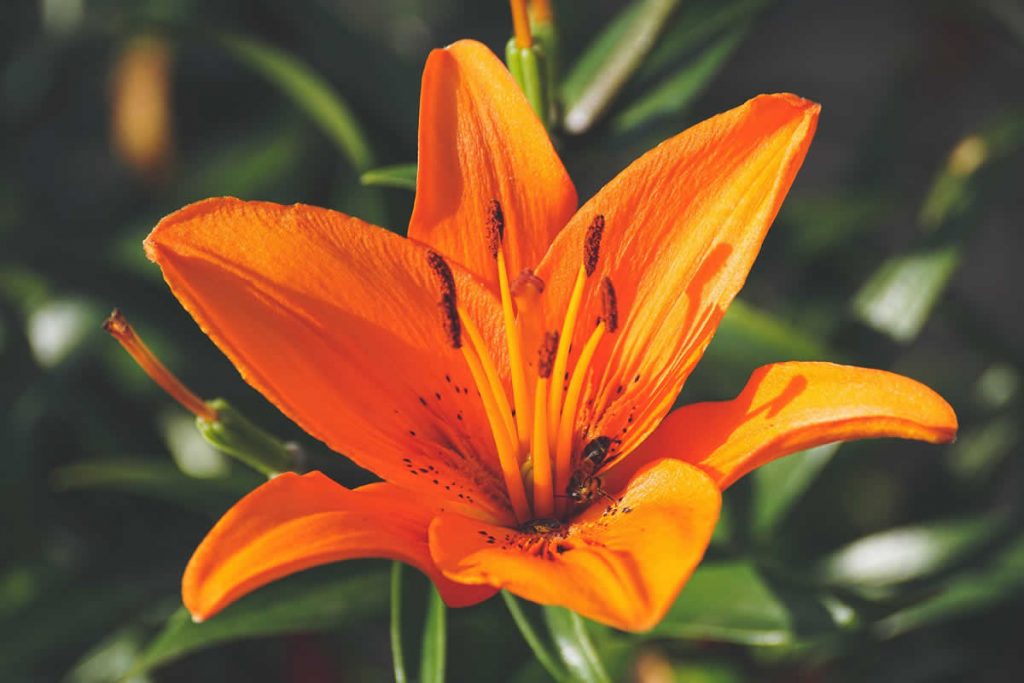 Pyrethrins, and related but more potent pyrethroids, are common insecticides used in flea and tick prevention products for cats and dogs. Pyrethrins kill insects by preventing their nervous system from functioning properly. Unfortunately, pyrethrins and pyrethroids (especially permethrin) are not species-specific in their toxicity, meaning severe and significant problems in pets can arise. Cats lack the liver enzymes necessary to process these compounds and can result in super sensitivity.

Pyrethrin/pyrethroid toxicity in cats most often occurs when a pet owner uses a product intended for dogs on cats. Although products may appear similar in packaging and administration, the quantity of pyrethrin/pyrethroid “active ingredients” in dog products is far too much for cats to handle.

Clinical signs of pyrethrin/pyrethroid toxicity may include, but are not limited to: 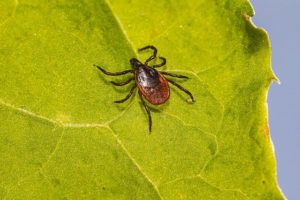 Preventatives for fleas and ticks are important, but active ingredients are not dosed the same for dogs and cats. 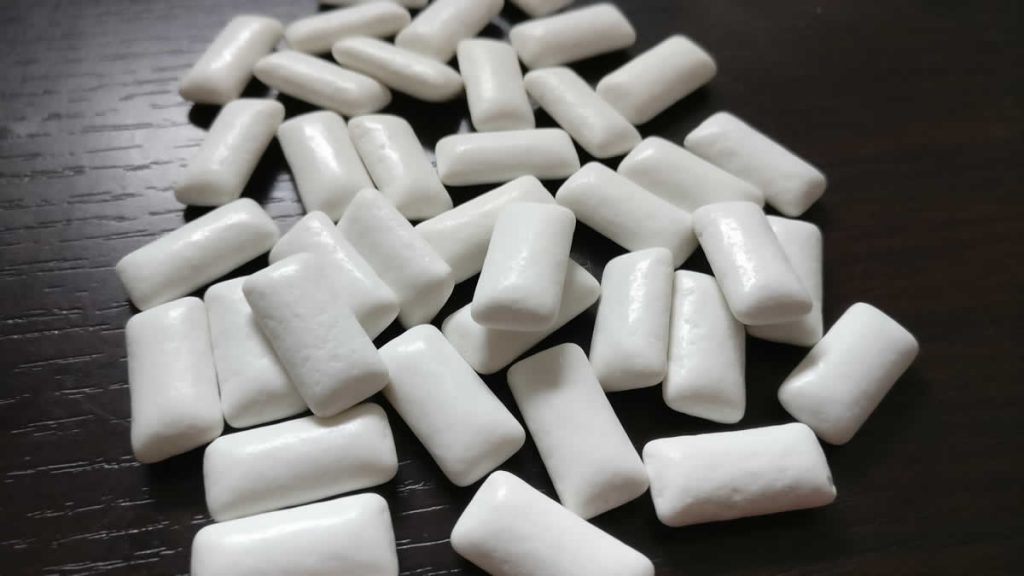 Xylitol (also identified as birch sugar) is a natural sugar substitute. Xylitol has a sugar-like taste with less calories and lower glycemic index. Xylitol also contains anti-cavity properties. Although xylitol is a safe sugar substitute in humans, it is toxic to dogs. A few pieces of sugar-free gum has the ability to affect dogs within minutes. There is no antidote for xylitol toxicity, but the prognosis is good for dogs who are treated quickly.

What makes xylitol dangerous for dogs? Human and canine blood sugar levels are both controlled by the pancreas and its ability to release insulin. Xylitol does not cause the release of insulin in humans. In canines it triggers a large release, causing a spike in blood sugar. This can cause hypoglycemia, a dangerous drop in blood sugar. In addition, xylitol can cause liver damage. While researchers are unsure of the correlation between xylitol and the liver at this time, liver enzymes often become elevated in dogs after they eat xylitol. Most cases of liver enzyme elevations are mild, but very large doses of xylitol in dogs can lead to liver failure, a serious and possibly fatal condition.

As little as 50mg of xylitol per pound of body weight can cause hypoglycemia and its effects can begin to occur in as little as 10 minutes. While different brands contain different amounts, typically the range is 300 to 1500 mg per piece. To put this into perspective, if a piece of gum has 1,000mg of xylitol, a 20 lb. dog may experience its effects after ingesting just one piece.

Clinical signs develop rapidly, usually within the first 15-30 minutes after ingestion. Signs of xylitol ingestion can include, but are not limited to:

One of the most commonly searched toxicities, chocolate contains both theobromine and caffeine, both of which speed the heart rate and stimulate the nervous system. Structurally similar, these two chemicals belong to a group of chemicals called methylxanthines. In human medicine they can be used as diuretics, heart stimulants, and blood vessel dilators. Pets are not built the same as humans and cannot easily metabolize these substances.

While cats are also at risk of chocolate toxicity, the overwhelming majority of cases treated are dogs. The amount of caffeine and theobromide in chocolate varies wildly on the type of chocolate. Cocoa beans and powder are the most concerning, followed by baker’s chocolate, semisweet dark chocolate, and milk chocolate. “White” chocolate has an insignificant amount of methylxanthines to cause major problems, but should still not be given to pets. It should also be noted that some companies sell cocoa bean mulch, which is still cocoa beans — and quite toxic to pets if ingested!

A pet’s risk of becoming sick from chocolate depends on several factors: the type of chocolate consumed, the quantity ingested, and the weight of the dog. A few squares of dark chocolate may not be life threatening to a Great Dane but may cause a Pug serious concern. 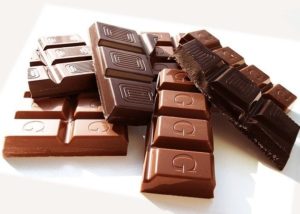 The darker the chocolates, the higher risk it will make your pet ill.

Clinical signs of chocolate poisoning may develop over the course of a few hours post ingestion and may include:

If a pet is suspected of consuming chocolate, contact a pet poison control immediately. Include details like the type of chocolate consumed, elapsed time since ingestion, any clinical signs you may notice, and the pet’s weight. Treatment may include intravenous fluid therapy, medication to induce vomiting, or activated charcoal to block absorption.

Many aquatic organisms depend on algae for food. Algae in general is a healthy freshwater organism that carries out photosynthesis. Some blooms become toxic, and others do not. Unfortunately, it is impossible to know the difference by sight alone. Blue-green algae is a cause for concern as it can produce cyanotoxins. 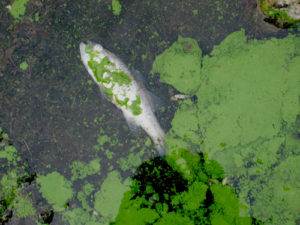 Both humans and pets can be affected by waters affected by toxic algae blooms. Humans who come in contact with this algae may notice blisters, hives, or rashes in the areas of contact. If swallowed, diarrhea, vomiting, dizziness, headache, and abdomen pain may occur. Pets (especially dogs) are more susceptible to this toxic algae than humans. In addition to drinking water, algae can also be ingested when a dog licks their paws/fur that have remnants of algae on them.

Signs of algae poisoning can include, but are not limited to:

Most signs begin within 30 minutes of exposure, but depends on the size of the dog, amount of algae ingested, and concentration of the toxins. Algae ingestion is a true medical emergency – pets can die from the cyanobacterial poisoning.

Pet owners who see bodies of water with possible algae blooms should not let their pet drink from or play near the area. Leave the area and wipe fur and paws with pet-friendly wipes or soap and water. If possible, contact your local DEP office to report the bloom. 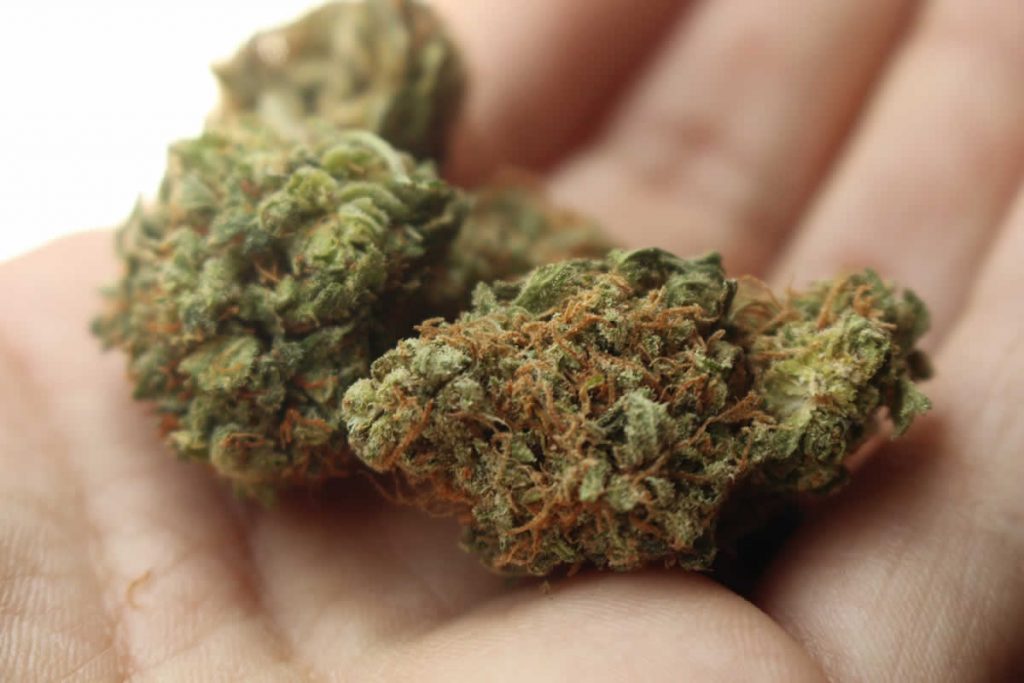 Both dogs and cats are susceptible to marijuana. Clinical signs may develop as soon as five minutes to 12 hours after exposure, and signs of marijuana exposure can include, but are not limited to:

If you suspect your pet has ingested an illicit drug, please do not hesitate to bring them in for evaluation. Some may have an aversion to seek care due to stigma or the fear of legal repercussions. Veterinarians provide care regardless of the situation and will not call the police!

Regardless of the drug, a pet’s prognosis is greatly improved the sooner proper treatment begins. In suspected cases of drug exposure, veterinary staff greatly prefer honesty as it helps quickly diagnose and treat a pet. Key information such as type of substance, time of exposure, time of first noticed clinical signs, along with their type and duration, are incredibly helpful. Veterinarians care little about the illegal aspects of drugs – their goal is to treat pets to the best of their abilities.

Sago palms are popular landscaping plants in the Southern US and have gained popularity nationwide thanks to houseplant and bonsai sized offerings available at nurseries and home improvement centers. Also known as coontie palms, cardboard palms, or zymias, the plants contain a toxin called cycasin which can cause liver failure within days. If a body’s liver is incapacitated, blood cannot be detoxified. The build-up of toxins affects the central nervous system and can cause neurological concerns. 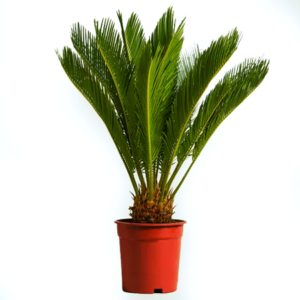 While the entire sago palm is dangerous, the seed (nut) is the most toxic for pets to consume.

As with lilies, all parts of the sago palm are considered poisonous, but its seed (nut) is the most dangerous. Cycasin works quickly, with clinical signs displaying as quickly as 15 minutes after ingestion in dogs, cats, and horses. Initial signs of sago palm ingestion include, but are not limited to:

At this time, there is no definitive blood test or liver value diagnostic which pinpoints the plant as the culprit. Lab tests may support a diagnosis of sago palm toxicity, however, reporting exposure to sago palms will help a veterinarian in a diagnosis and allow treatment to begin quicker.

Although not a “poison,” VREC receives calls about snake bites (especially in warmer months.) Pennsylvania is home to over 20 different snake species. Three species are venomous: Eastern Copperhead, Timber Rattlesnake, and Eastern Massasauga. All venomous snakes found in Pennsylvania possess key indicators: vertical eye pupils (similar to a cat’s eyes), an indentation on each side of the head between the eye and nostril, and a single row of scales on the underside of the tail. 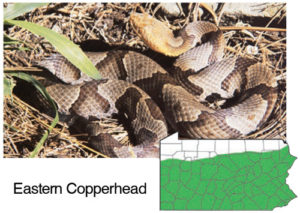 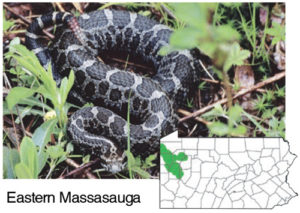 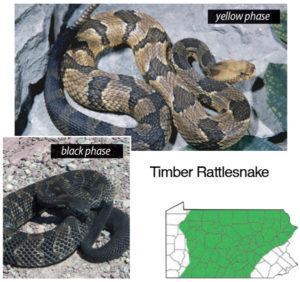 Pennsylvania’s venomous snakes are generally nonagressive but will not hesitate to fight back if threatened. Snake bites usually occur while a pet (or person) is attempting to advance on or handle a snake. If a pet is bitten, remain calm and contact a veterinarian for further instruction. Keep your pet as immobile as possible until seen by a medical professional. VREC stocks antivenin, an anti-venom product which counteracts the dangerous effects of snake venom. In order to utilize antivenin, however, it must be administered no more than a few hours after the bite.